Julie Mancuso: How I Became a Nutritionist 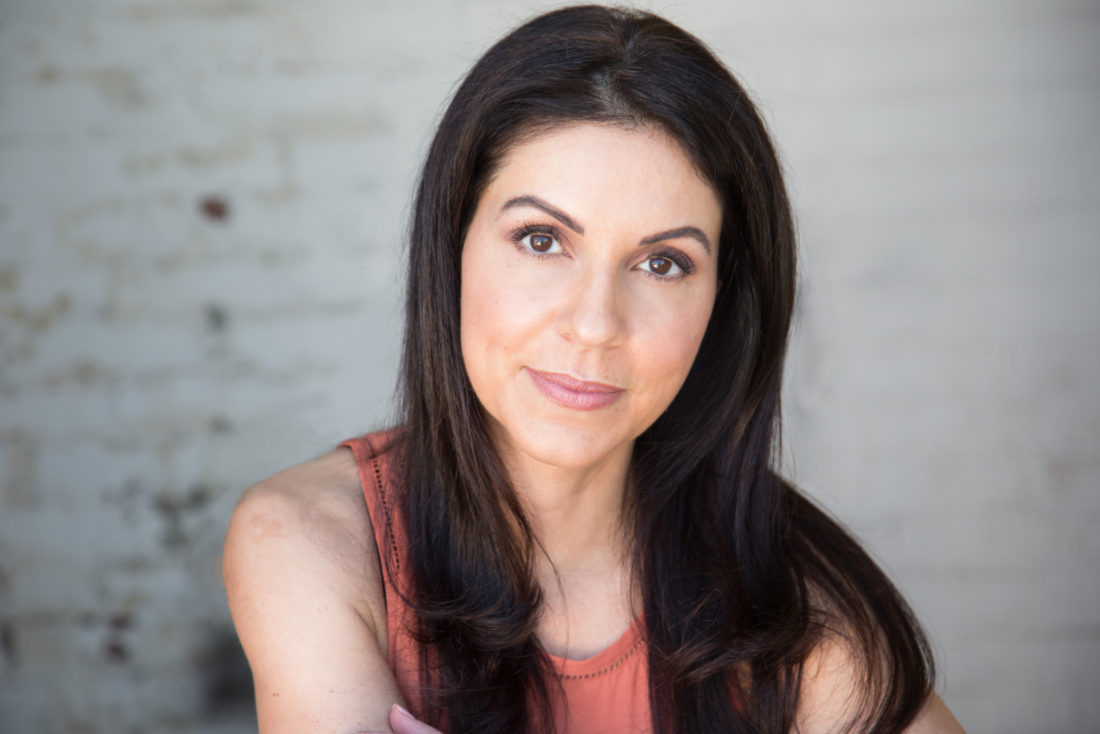 Julie Mancuso: How I Became a Nutritionist

Before I became a nutritionist

There was a time when I wasn’t a nutritionist. In fact, I wasn’t even all that concerned with nutrition, health or wellness. I ate typical traditional Italian and Canadian food because that’s what everyone around me did. Pasta, pizza, French fries, burgers, cookies and ice-cream were often on the menu. Don’t get me wrong, the food tasted great, but it wasn’t very healthy. And neither was I.

As I got older, I felt worse. I experienced bouts of debilitating digestive problems, crippling pain, uncomfortable bloating and gas and constant lethargy. Although I might’ve gained a couple of pounds here and there, I was lucky to avoid what some would call a ‘weight problem‘.

As the years piled on, one thing was certain: my situation wasn’t getting any better. In fact, I felt worse. Much worse.

I still vividly recall feeling irritable, exasperated and hopeless. What’s more, I started to lose interest in many things I enjoyed previously.

My coping strategies weren’t great either. I continued to eat generally unhealthy food in portions that were much too large. A big mistake.

At one point things got so bad that I decided to see a doctor, then another, and then a few more. I hoped to get some answers.

But to no avail.

The vast majority of the diagnoses and remedies were just band-aid solutions, many of which had absolutely no positive impact on how I felt.

I was so frustrated at this point that I began to lose faith in our ‘great’ Canadian health care system.

Finally, I reached a breaking point: the bottom, as they say.

One day, probably out of sheer desperation, I got enough resolve and decided to take the matter into my own hands. I decided to try to find a solution.

The task before me looked formidable. I had no idea where to start and it took me a few tries to do so. But eventually I managed.

I started with extensive research into nutrition, health and wellness in general. The more I read, the more curious I became about the effect that nutrition has on our bodies.

Much of what I had discovered fascinated me, so I took it a step further.

Experimentation followed: I tried different natural remedies, ate more healthily and so on. I began to make what I felt were significant changes.

In addition, I consulted with other health practitioners such as naturopaths and nutritionists, picking their brains, trying to get as much insight as I could.

Over the coming months, and much to my surprise, I felt a little better. Some of those dreadful symptoms I described earlier subsided, at least in part.

I discovered that a wholesome, balanced, nutritionally-sound diet can actually make you feel better. It wasn’t just an old wives’ tale.

I also reached the conclusion that many of the fad diets I tried so eagerly and with so much hope did little but over-promise and under-deliver. They were rarely sustainable and led to the deprivation of some vital nutrients. Besides, I just didn’t feel right when dieting.

This was an important finding, one that would form the basis for my nutrition counselling practice. To this day, I encourage people to avoid diets and their temporary nature, focusing on more sustainable healthy eating habits.

At this point I felt I found my yellow brick road, for the lack of a less cliche phrase. I had a hunch that if I stayed the course it would lead to good things.

Hmmm… maybe I should do this for a living

With a renewed sense of enthusiasm, it was at this critical point that I first thought of actually devoting my life to nutrition.

My prolonged struggle happened for a reason. It had to happen, I reasoned. I had to struggle to overcome (at least in part) the many obstacles for things to become clear that I should become a nutritionist. This is something very important. I feel that passion is in all of us, waiting to be discovered.

What’s more, I thought that if I overcame the odds and felt better, then perhaps others might too.

As a result, I became convinced that I had to become a nutritionist and counsellor.

Although the idea was exciting, I truly had no idea how to make it happen. I was filled with doubt and uncertainty about whether or not I could even do it.

But something inside me pushed me to try nonetheless.

Much to the surprise of my friends and family, I made the decision to go back to school and get my registered holistic nutritionist certification.

How I became a nutritionist

A couple of years later, I obtained my degree and became a registered nutritionist ready to help others.

Filled with positivity, newly-found zest and a diploma, I couldn’t wait to get started.

But wait… How do I let people know that I’m here to help them?

Because I gained confidence in successfully overcoming the previous hurdles, I felt I could get through this one as well–though I had no idea how.

My nutrition career took off by having to work for others–not an ideal scenario, but I had to start somewhere.

Although at first I was stoked about actually working in the field of nutrition, I soon realized that working for others is just not my thing.

I felt constraint. It felt like I could not be myself as a counsellor, and I needed to be. I wanted to focus on my ideas on how to truly, genuinely help people get better, address their individual concerns and answer their specific questions. This, I believed, was the only way to get to the root of the problem.

But as I seriously considered packing it all in and going my own way, disaster struck. I suffered another health set back. This time: a brain injury.

Because of the severity of this condition, I was forced to take a year off from work and focus on healing myself physically and emotionally.

After recovery—in fact, much sooner than doctors expected, crediting the faster-than-normal recuperation to commitment, healthy eating habits, exercise and support from friends and family—I managed to bounce back and finally decided to start my own nutrition consulting practice.

Although I was convinced that this is the path I needed to take, I was nervous and unsure and afraid. I don’t deal well with change. I never have, especially when major. This was a trying time, that’s for sure.

But the trauma of my brain injury was a blessing in disguise. It ended up pushing me out of my comfort zone because I now fully realized that life is short and fragile, so might as well throw caution to the wind and just go for it all. I felt I had nothing to lose anymore.

Little by little, I built up my practice and things were once again looking up.

A few years later, in the midst of a busy nutrition counselling career that was growing steadily, my appendix burst, causing a few complications and resulting in numerous surgeries.

I just couldn’t catch a break, it seemed.

Instead of building and improving my practice to keep up with the rapidly-changing times, I sunk my time and energy into rest and recovery–the end result of which was a significant drop in business.

I just could not manage to keep up with the constantly growing importance of the internet, social media and all the latest trends. I fell so far back behind the ball, I didn’t think I could catch up.

This situation was made worse by other personal matters.

I felt dejected, deflated and defeated.

If it wasn’t one thing, it was another. I was stretched so thin, I could barely hold on.

Only a handful of friends and family members felt I should continue to run my own nutrition counselling practice. Others thought I should leave a sinking ship, get a 9 to 5 job and perhaps do the ‘nutrition thing’ on the side—the thought of which still makes me cringe.

And I considered it, if I’m honest. But deep down inside I know, as I knew back then, that helping others is something I have to be doing, and that I would be letting myself down if bowed out and took the easier route.

I managed to stick with it, although it wasn’t easy. There were many ups and just as many downs.

Fast forward to some time later… I met my partner.

He saw something in me that rekindled my desire and energy to build myself up as a counsellor and business owner. Together we embarked on a mission to make up for all the time that was lost to my health ailments, and decided to play some serious catch up.

Over three years later, my partner is now my full-time business partner and my biggest supporter. Oh ya, he is still my boyfriend, too.

A few points to take away

Through my struggles I’ve learned a great deal about life, about myself and about how challenging it can be to deal with ongoing health problems.

I think these things can only be understood if you actually go through them yourself. That’s the only way to truly empathize with others and how they feel.

I also took away a few other points from my experience:

1. Your attitude determines your altitude. If you don’t let setbacks take you down and work hard to persevere, good things can come your way.

In the end, you have two choices: one, you can submit and let it take you down, or two, keep your head up and work to overcome the obstacles. Fight or flight, the choice is always yours.

2. Never give up on your passion. Pursue right until the end! And, be prepared for critics along the way who will never share in your vision. Self-fulfilment is paramount.

3. In health and in business, it takes constant learning, adapting, persistence and a great deal of time to make positive, lasting changes. You can never sit still and rest on your laurels. But as the old saying goes, nothing worth doing in life is ever easy.

To this day, I feel that having dealt with a number of personal health problems throughout my life puts me in a prime position to help others because I can often identify with those awful negative feelings people feel when facing their own personal challenges.

When clients share similar personal stories and struggles, it always takes me back to my own feelings of dread and despair, which I felt so often in the past. Sometimes these feelings are so evocative that it’s as though I felt them yesterday. I guess things like this stay with you forever.

And as hard as dealing with all this adversity was, and still is in some ways, I wouldn’t have it any other way because it made who I am today.

Julie Mancuso is a registered nutritionist and owner of JM Nutrition, who has been counselling clients for over 15 years. Julie’s personalized approach has helped thousands reach their health, wellness and nutrition goals.

Julie regularly lends her expertise to a variety of health publications such as Livestrong, Business Insider, Food Network, MyFitnessPal, Toronto Star, Elle Magazine and many more. For more information, see In The Press.

Julie’s blog has been named one of the Top 100 Nutrition Blogs, Websites and Newsletters to Follow in 2020 by Feedspot. So don’t miss out and subscribe to both her newsletter and blog.